Oswestry Rugby Club, a local sports club are attempting a World Record attempt for the Largest Rugby Union Lesson and they are looking to smash the old record set in Japan. The rugby club already have around 1200 participants to take part in the record attempt but are asking the public to come forward and get involved.

The world record attempt will be in association with The Movement Centre, a local charity, who will be collecting donations from participants and spectators on the day. Anyone wanting to get involved or wanting more information are asked to get in touch with Oswestry Rugby Club or The Movement Centre.

There will be a special appearance on the day from Shropshire born England rugby player, Kai Owen and the session will be taken by Ex-Wales player Alex Murphy.

The event will also raise funds for The Movement Centre, that supports children with movement disabilities to reach their full potential, and volunteers will be who collecting donations from participants and spectators on the day. 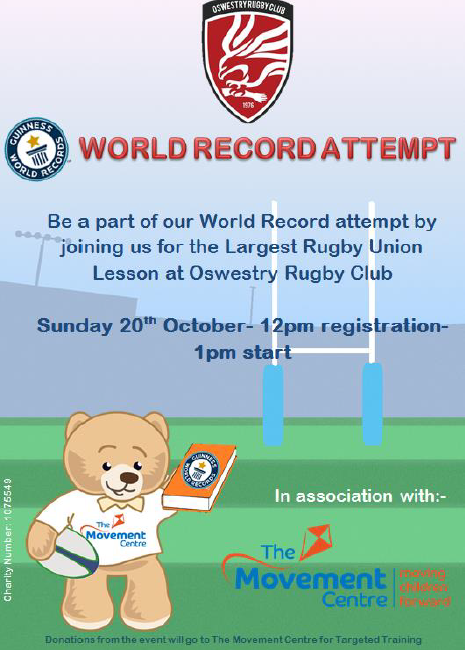